We believe in creating bonds with the horses we train. We want our horses to do as we ask out of respect, not fear.  Horses are herd animals that establish a pecking order with one another. It’s important that the trainer becomes a firm leader when interacting with the horse. When necessary, a successful leader is not afraid to use force to maintain their position in the pecking order.  A successful leader is born through earning a horse’s respect, not by striking fear into his soul.

If a horse respects you he will:

– Be at ease around you, though still attentive to your wishes.
– Understand that if the need for discipline arises, it was likely due to an improper action on his part and not hold it against you.
– Trust in you and borrow strength from you when he becomes fearful of a foreign threat.

If a horse fears you he will:

– Always walk on eggshells around you in fear that you will randomly hurt or abuse him.
– Become confused and disoriented when you discipline him since it’s done so frequently. He will know you’re unhappy or angry, but have a more difficult time assessing exactly why.
– Have absolutely no trust in you as a leader so that when he detects a foreign threat that scares him more than you do, he will respond to the stronger threat and leave you behind.

Time in the saddle, a lot of wet saddle blankets!  It is an old school phrase that says a lot.  If you don’t have the time, consider hiring a professional!

Training a horse for trail riding

Many clinicians and teachers rarely ride outside arenas. You need extreme confidence and experience when safely training or retraining a horse outside the protective walls of the arena. Transition from the arena to the trail is much easier if the horse has had a strong confident leader to begin with. Basic training in and around the arena is a must.  Now, let’s assume the horse has basic training – great ground manners, ties well, follows basic cues under saddle, de-spooking and exposure to objects has been done – NOW we are ready to begin trail training.

We retrain a horse by going out on our own for the first 20 rides or so. These could be anywhere from 45 minutes to 2 hours.  We want the horse to rely on the rider for confidence, not another horse.  We will then begin riding with other riders.  An experienced student/employee will ride an experienced horse and teach the horse in training how to ride in back, in front, next to other horses, and ride away from other horses.  We also work on how to stand quietly, go through gates, exposure to cattle, crossing water, etc.  It is easier to train good habits than retrain a horse with bad habits!  That being said, don’t wait until it’s too late! 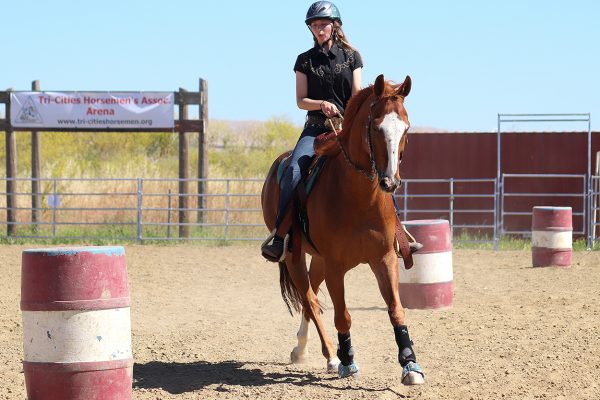 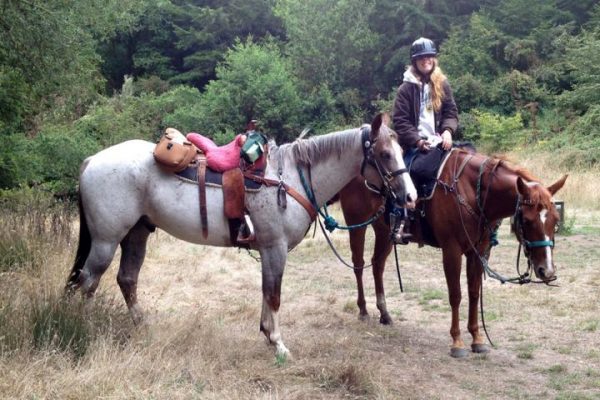 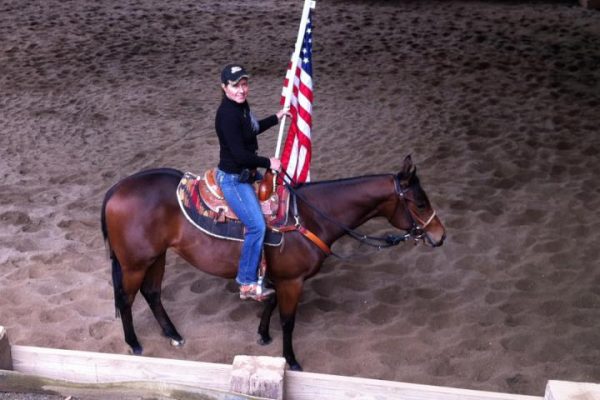 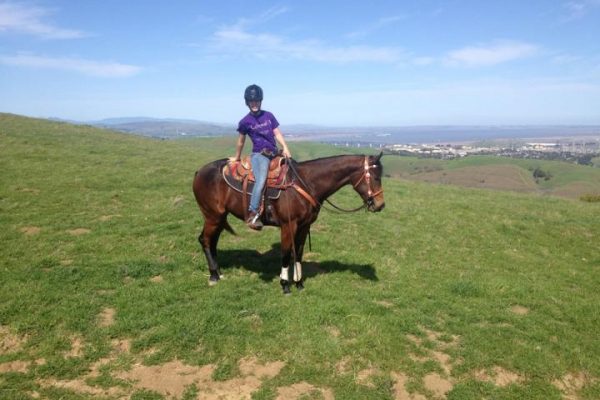 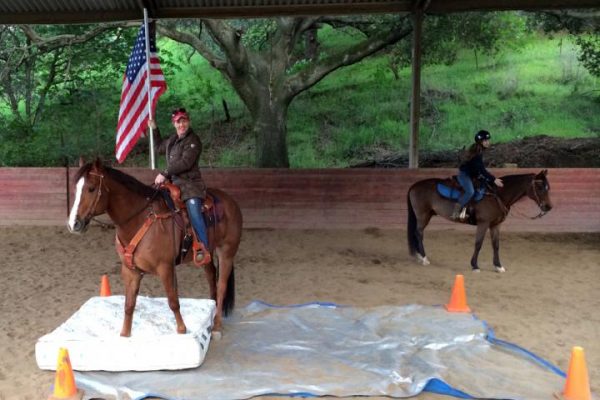 One and a half hour evaluation of your horse – $150 + mileage

Junior Trainers are available for training at a discounted rate (only after Kim has been hired for a safety evaluation).  Average is $10 – $25 per session + mileage.